Visit US Store
Over
5-Star
Reviews

splits the purchase amount into 4 easy payments spread over 6 weeks.

FREE with your order:
* Pods not included.

Due to high volume, order processing time may be delayed 2-3 days.

FREE expedited shipping on orders of CAN$69.99 and above

Planet of the Vapes offers free shipping on all orders over CAD $69.99 within Canada. (visit our US store for US and international shipping options.

All vaporizers are shipped with expedited shipping, which takes between 2-7 days to arrive (depending on where you are located). Express and Overnight options are available at low rates.

Vaporizers
We want you to be more than happy with your purchase from Planet of the Vapes, we want you to be thrilled! That’s why we have extended our Satisfaction Guarantee. For any purchase made and delivered between November, 18th and December 31st you can reach out to us until January 15th to request for return!
If for any reason you are not 100% satisfied, you can return your purchased vaporizer, even used, and exchange it for another model, or return it for a refund or store credit, as long as you reach out to us before January 15th.
Accessories
We only accept returns for accessories if they are within 30 days, unused and unopened, or if they are being returned with a vaporizer under our standard 14-day satisfaction policy
For more details and instructions, see this page.

The POTV Experts are here to help

Our team of friendly experts is happy to answer any questions you may have. Whether it’s related to your order or if you are looking for advice on which vaporizer best suits your needs, don’t hesitate to reach out any time. The preferred and fastest way to get in touch with us, is via our customer support desk.

Regular price CAN$45.00
Shop with the most trusted vaporizer store
Trustpilot

**The PAX Era vaporizer has some features only accessible via a smartphone app. In November 2019, Apple removed all vaporizer apps from its store. Apps that were downloaded before removal will still work. Android users are not affected. The PAX Web App is available now to access app functionality from a computer. Please read our blog post to learn more about the Web App.**

Who's the PAX Era for?

The PAX Era perfects the pod system with a feature-rich vape that’s ultra-portable, but only works with proprietary, pre-filled pods. If you have access to the pods, you’re in for an easy, carefree vaporizer that’s very hard to beat.

Looking for the even smarter successor to the Era? We also carry the 2020 PAX Era Pro!

Concentrate pod vapes are small anyhow, but the PAX Era takes it to a new level. It’s only four inches long with the pod installed, and feather-lite.

Full-featured, and easy to use

Pick the PAX Era up and inhale. That’s it. No buttons, or heat up times. Changing the temperature, something a lot of other pod vapes can’t do, is quick and easy. The smartphone app brings unprecedented customization to the table, with full temperature control to the single degree, and session controls to regulate doses.

Read our in-depth review of the PAX Era

If you want to head out on the town without having to pack up anything extra, the PAX Era is a terrific option at only a slight premium.

The PAX Era only takes 45 minutes to charge, and then it’s good for about 180 puffs. Checking the battery level is as easy as shaking the Era.

The PAX Era has four on-board temperatures to choose from. If you want to go deeper, open up the smartphone app and dial in any temperature from 520℉ to 790℉. No other pod system comes close to this level of customization.

Here’s the catch. Empty pods are not available, so the PAC Era can only be used with pre-filled pods. If you don’t have access to pre-filled pods, the Era is useless. Note that PAX Era pods and its contents are provided by approved extract partners only. Use PAX’ Store Locator to find out more about availability.

The PAX Era Battery comes with a one year warranty and, like everything we sell, our 100% Satisfaction Guarantee.

Thank you for submitting a review!

Your input is very much appreciated. Share it with your friends so they can enjoy it too! 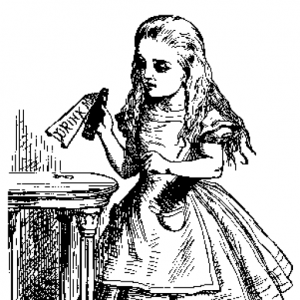 I hate it. I wasted my money. The app doesn’t work for sure and the pods always fall out I also seem to inhale more air than I should.

Hi Cathi, The very last thing that we want is for you to have purchased a vaporizer from us that you are not happy with. Creating a service ticket for you right now to discuss. Talk to you soon, Larry

Works really well, super efficient and really easy to use. Especially if you have the PAX App. 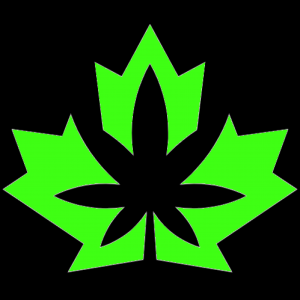 I've tried all the vape cartridge batteries on the market...The Pax Era is definitely in the lead...one of my favourite go to vapes on the run.

We’ve covered all the bases for you with this complete PAX Era Pro user guide. Let’s get into it.

How to get the most out of your Pax 3 concentrate insert ...

The PAX lights tell you everything you need to know about what's going on with your vaporizer. To help figure out what they're ...

Your PAX 2 has a hidden personality. Have you seen it? Read on to find it.