FREE expedited shipping on orders of CAN$69.99 and above

Planet of the Vapes offers free shipping on all orders over CAD $69.99 within Canada. (visit our US store for US and international shipping options.

All vaporizers are shipped with expedited shipping, which takes between 2-7 days to arrive (depending on where you are located). Express and Overnight options are available at low rates.

We want you to be more than happy with your purchase from Planet of the Vapes, we want you to be thrilled! If for any reason you are not fully satisfied, you can return your purchased items, even if used, for a full refund or store credit within 14 days. Unopened, unused merchandise can be returned within 30 days.

For more details and instructions, see this page.

Please note: at this time, our easy return policy applies to US customers only.

The POTV Experts are here to help

Our team of friendly experts is happy to answer any questions you may have. Whether it’s related to your order or if you are looking for advice on which vaporizer best suits your needs, don’t hesitate to reach out any time. The preferred and fastest way to get in touch with us, is via our customer support desk.

CAN$898.00
Shop with the most trusted vaporizer store
Trustpilot

Who is the Volcano Hybrid vaporizer for?

The Volcano Hybrid Vaporizer is designed for the person who appreciates quality at every corner, and is willing to pay for it. It utilizes the latest Bluetooth controls, but is still simple to use, with amazing efficiency. Whether you like to blow bags and move around the house, or use the new whip for stronger taste profiles, you’re consistently getting a top-shelf experience.

For 20 years the Volcano has led the way with its iconic bag and perfect valve system. The Hybrid offers that same attention to detail for direct draw. The whip has plenty of length to cool the vapor, and the air flow is easy and comfortable. Now we have the best of both worlds!

Great for solo or group use

Bags are great for any occasion. Blow them up partially when vaping alone, or fill them up for bigger groups and take them anywhere. Whips typically work better flying solo, but the Hybrid whip conveniently swivels, so it’s easy to pass around the circle as the party grows.

The new Hybrid Volcano heats up in only one to two minutes, or about how long it takes to prepare a bowl. That’s a big improvement over the three to six minutes older versions needed. Once it’s up to speed, the Hybrid can quickly blow up bag after bag with ease.

With over 12 years of research and development and extensive safety testing, German-engineered and built Volcano vaporizers earn the distinction of being medical grade devices.

Efficiency can mean different things to different people, and the Hybrid Volcano takes care of them all. The patented bag and valve system captures everything. The bowl can be removed so your herbs don’t cook between hits. And the Volcano fully extracts everything you want from your herbal blends, leaving nothing behind.

The Volcano has a long reputation for consistency and excellence. The controls are easy to use, even with a Bluetooth app in the mix. With fantastic temperature stability, your herbs will never combust, and you can dial in the same experience with ease. Hi-tech doesn’t have to be complicated.

The Hybrid is replacing the Digit in the Volcano lineup, and the differences compared to the Volcano Classic are significant.

While the Volcano Classic was only missing a few features compared to the Digit, it’s now a far cry from the Hybrid. The Classic has a narrower temperature band (266° F - 446° F), analog controls, and only blows bags. The Classic does not display the temperature on its analog dial, but instead displays numbers 1-9 and has a chart included in the box, which shows what temperatures the numbers correspond to.

The Volcano Hybrid has digital controls with a wider temperature band (104° F - 446° F), blows bags and has a direct draw whip. It also has a full suite of controls through the Bluetooth app. The Hybrid delivers slightly more accurate temperature to your herbs with an accuracy of ± 1.5° C / 2.7° F (compared to ± 5° C / 9° F for the Classic). The LED display will show you the current temperature as well as the set temperature.

What about the solid valve?

What's in the box

Thank you for submitting a review!

Your input is very much appreciated. Share it with your friends so they can enjoy it too!

I love my Volcano. I love how I don't have to use much product. I love that there is practically no smell. Best purchase for herbs, thus far. 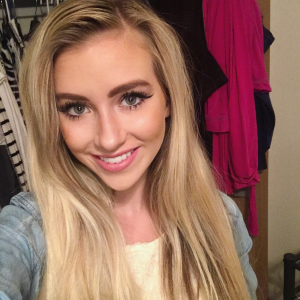 Simply the best vape. Consistent, fast and customizable. On paper, for me, the whip appealed to me, but I find the bag and its portability to be outstanding.

Hands down the best vapor quality I've ever experienced. The price tag made me hesitant, but I bought mine through Planet of the Vapes. Got a significant discount and decided to pull the trigger. Worth every penny.

Accessories can have a big effect on your vape sessions. Check out all the new ones we added!

AccessoriesArizerDynavap
Volcano Hybrid is back in stock!

The Volcano Hybrid is back, and we have what you need to get this beast pushing out thick clouds.

The Crafty+ is good to go out of the box. Our tips and tricks will fine tune your sessions.